Why Carnatic Music Matters More Than Ever: Part 2

Why Carnatic Music Matters More Than Ever: Part 2

Carnatic music could be used as a tool to attain larger goals like spreading ecological awareness or bringing education to all. 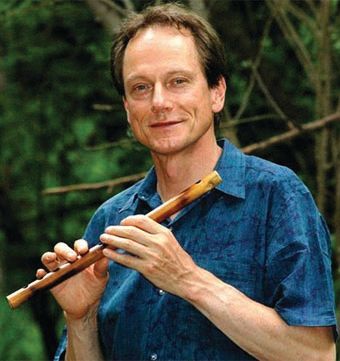 Carnatic music could be used as a tool to attain larger goals like spreading ecological awareness or bringing education to all.

In search of words to explain what attracts people like me to Carnatic music, I  compare the experience to that of looking at one of the large and colourful mosaics found in ancient sites, an impression produced by countless elements of infinite colours and shades, each contributing to such splendour though rarely noticed in its own right. This brings home the fact that our minds need to enter ‘the greater picture’ before paying attention to the finer details and appreciating accomplishment on the lines of rasa (refined taste).

It may have been this wide range of expressions that first drew me to the music embodied by Ramnad Krishnan, and through him to Carnatic music in general. His  secret may have been this, in the words of Sruti Magazine Editor in Chief, V.  Ramnarayan: “Ramnad Krishnan’s choice of the veena-like, delicately modulated  style of singing was a decisive deviation from the general trend.” If its appeal remains undiminished even now, this may be due to the possibility raised by singer T.M. Krishna, that Ramnad Krishnan’s special  aesthetics would have come naturally to him.

What better way to follow in his footsteps than by building bridges between different cultures and creeds – thereby linking generations, different artistic disciplines, and so much else? Doing so on a regular basis fosters mutual respect while boosting cultural resilience in the face of dominant trends.  Such an effort sensitizes us to subtle nuances in a noisy world, reduces stress due to constant distractions, and enables us to care for what really matters – not just to ourselves.

Yet I also realize that there is another way of explaining how a Carnatic musician like Ramnad Krishnan could instil a sense of wonderment in a novice like myself:  from an idealistic point of view, this music beckons one to join a cultural

movement stretching across me and space as active participants.  And this is quite independent of any particular specialisation, like vocal and instrumental genres, or favourite composers (Tyagaraja in my teacher vidvan Ramachandra Shastry’s case).

The strength of music is that its beauty arises in the mind, emerging in seemingly unrelated processes over a period of time, always in need of being created anew rather than constituting a definite work of art. This realization can be a source of strength in the face of adversity, the inevitable challenges posed by human history and natural forces. Becoming conscious of these processes is as gratifying for those starting this journey later in life and in all modesty as for seasoned performers and teachers weary of routine.

‘Modesty’ may be the key to even more benefits, still latent in Carnatic music,  some already corroborated by modern science, others still waiting to be discovered and harnessed by therapists and caregivers.  Such new insights may readily be applied without putting the sanctity of tradition into doubt. So for me,  this is an experience everyone may share. There are simply no inherent barriers in this music as for inspiring creativity, be it among hereditary practitioners or others.

As part of this pursuit, I have long worked towards a greater appreciation of the  ‘real’ tambura, always highlighting its role in the wonder that is Carnatic music.  I quite believe that such appreciation, in combination with hands-on experiences,  makes Carnatic music more accessible also to audiences and learners hailing from other cultures.

To conclude, there are many reasons to believe that Carnatic music matters,  perhaps more than ever and almost anywhere in the world.  So why not perform and teach it in the service of better education for all, for ecological awareness or in order to promote mutual respect in spite of all our differences? And attempt this where other means have failed to make a difference?

In Paramatmudu, Tyagaraja points in this direction by celebrating the wonder of life in all its manifestations, extolling ‘a joyful subtle insight into that in all its beauty.  To start with, by listening to a rendition of Paramatmudu and similar songs together, followed up by a frank exchange of ideas: to figure out together what this may mean for any living being we – as Tyagaraja in this song – can think of. Then moving to the next level by getting involved beyond the music as such –  realizing what makes a particular tune so enticing, keeping tala – thereby getting invigorated and better equipped to tackle the larger issues at hand.