Sringara: A Path to Devotion- Part 1

Sringara: A Path to Devotion- Part 1

Rasa raja sringara, touches the heart and elevates spiritually. In Natya, the epitome of sringara is bhakti. 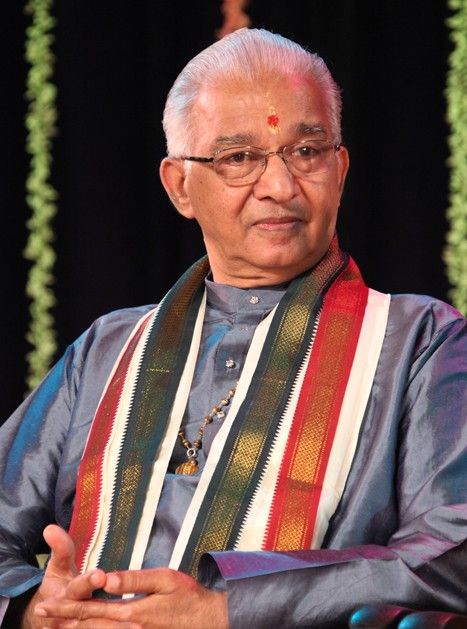 Rasa raja sringara, touches the heart and elevates spiritually. In Natya, the epitome of sringara is bhakti.

Art and culture are the two inseparable aspects of human life. Art in its innumerable forms is the reflection of the creative ability of man and serves and preserves the cultural heritage of any nation. From time immemorial the different art forms have been the media for worship and a pathway to salvation or ‘moksha.’ Whatever we may say or do, the ultimate goal of human life is salvation. Therefore, religious institutions fostered these art forms to a high degree of perfection and thereby inculcated the spirit of righteousness through devotion to the supreme architect of this diversified universe. Amongst these beautiful creations of art, ‘natya’ or dance is considered to be the finest and most complete.

The Natyashastra enunciates ‘natya’ as the fifth Veda:

‘The knowledge of the world from Rig Veda, music from Sama Veda, the art of expression from Yajur Veda and the theory of Rasa from Atharva Veda are taken.’ Further Bharata says:

‘For the benefit of the generations to come, I create this fifth Veda.’ Therefore the significance and the importance of this scripture is clearly established. Let me also quote Bharata for the purpose attributed to these visual media of education.

‘Natya teaches good things to various types of minds, Uttama the enlightened, Madhyama the educated and Adhama the illiterate. So the purpose of art is to educate the illiterate, to enlighten the educated and to entertain the enlightened. The sole purpose of ‘natya’ or dance, which is a judicious combination of ‘gitam’ or vocal, ‘vadyam’ or instrument and ‘nrittam’ or dance, is clearly established by scripture, practice and tradition as a ‘Bhakti Marga,’ a path of devotion.

Despite these established norms, there have been contrary views trying to establish that dance has no place for Bhakti or other spiritual values but only for entertainment through various expressions of emotions, predominantly ‘sringara’ or eroticism.

Sringara – The king of sentiments

A simple definition of this Sringara is, love between man and woman, its various manifestations and consequences. A deeper probe into it would show that Sringara is one of the Rasas that touches the heart and elevates spiritually, and leaves a cherished feeling in the mind.

Some dancers and dance critics still speak of Sringara as a pornographic experience quoting various songs, which are pregnant with the emotions of love. They forget that such emotional love lyrics have been the result of, and instrumental for, a highly spiritual attunement with the ‘Supreme being’. Bhakti is just another name for it.

Take for instance Gita Govinda of Jayadeva. Though its contents are full of love play and amorous dalliances, it was written by a saint who knew nothing but Bhakti. And if he had envisaged a theme of lust and seduction for his poetry, would it be sung as a devotional hymn in the Guruvayur Temple, from dawn to dusk, every day? There are umpteen such examples that seem profane to the shallow but in reality are spiritual expressions by the singularly blessed saint-singers, to attract the commoners’ attention to Godhead through the surest means.

Adi Sankaracharya describes the Sakti Mata, Mother Goddess with such anatomic explicitness as the lyrical beauty of a perfect woman. It is known as ‘Saundarya Lahari’ and also as ‘Sringara Lahari,’ When we read this, or Gita Govinda, or the eighth canto of Kalidasa’s ‘Kumarasambhava’, do we get erotically aroused or do we experience the aesthetic beauty of the poet’s expansive imagination? Suffice to say that Sringara is the unfathomable beauty in creation that emerges from love. Every sentiment is born out of love and submerges in love. Therefore it is the main Rasa and hence is known as ‘Rasa Raja.’

I cannot resist quoting Rajaji’s words describing Bhakti. He says, ‘The way of devotion is not different from the way of knowledge or Jnana. When intelligence matures and lodges securely in the mind, it becomes wisdom. When wisdom is integrated with life and issues out in action, it becomes Bhakti. Knowledge, when it becomes fully mature, is Bhakti. If it does not get transformed into Bhakti, such knowledge is useless tinsel. To believe that Jnana and Bhakti, knowledge and devotion, are different from each other is ignorance.’

When wisdom is integrated with reality in life, that reality in action is love for God. In the cycle of creation, love and sex are reality and beautiful creations of art, whether they be poetry, music, sculpture, painting or dance, have derived inspiration from that source of perennial beauty, which is Sringara. The soul who realizes this is a Jnani or Bhakta. Both are the same according to Rajaji.